Multiplatform 2022: Corporealities, a Conference on Bodies and Embodiment in Games at the Manchester Metropolitan Game Centre has been moved online due to pending rail strikes. Should you be interested in my keynote on sex, play and networked pleasures on Friday, June 23, Zoom is now an option.

As part of our recently finished research project, Sexuality and Play in Media Culture, Laura Saarenmaa and I explored Leikki (Play), a mid-1970s Finnish sex magazine for women. This lead us to consider popular sex ed of the era, feminist affiliations and methodological challenges. The outcome is now out as “Short-Lived Play: Trans-European Travels in Print Sex Edutainment”, on open access with Media History. And here’s the abstract:

Media history is still written largely from national perspectives so that the role of import and export, translations and franchises is seldom foregrounded. On geographically and linguistically limited markets, imported materials have nevertheless been crucial parts of popular print culture. This paper explores the market of ‘sex edutainment’ magazines in 1970s Finland, zooming specifically in on Leikki (‘Play’, 1976), a sex magazine for women translated from the Norwegian Lek (first launched in 1971) that provided knowledge on topics ranging from marriage to masturbation and lesbian desire. Through contextual analysis of Leikki, a marginal publication that has basically faded from popular memory, this article attends to ephemeral and even failed print media in order to account for the heterogeneity of the 1970s sex press market as it intermeshed with sex advice and education. In so doing, it adds new perspectives to a field largely focused on successful periodicals and addresses knowledge gaps resulting from the exclusion of the sex press from mainstream media historiography.

A chapter I co-wrote with the excellent, recently ERC-grant-winning Veli-Matti Karhulahti on Finnish DIY “fuck games” is freshly out in Perspectives on the European Videogame, edited by Víctor Navarro-Remesal and Óliver Pérez-Latorre for Amsterdam University Press. Our chapter, “Finnish Fuck Games: A Lost Historical Footnote” examines the games Strip-tease Ventti, Helttaa Helmaan, Bepa Quest, and Koulu3, all designed in the 1980s and 1990s, and their young male homosocial contexts of creation and use. This is one of the collaborations emerging from the recently finished research project, Sexuality and Play in Media Culture (2017-2021) that I was the PI of. 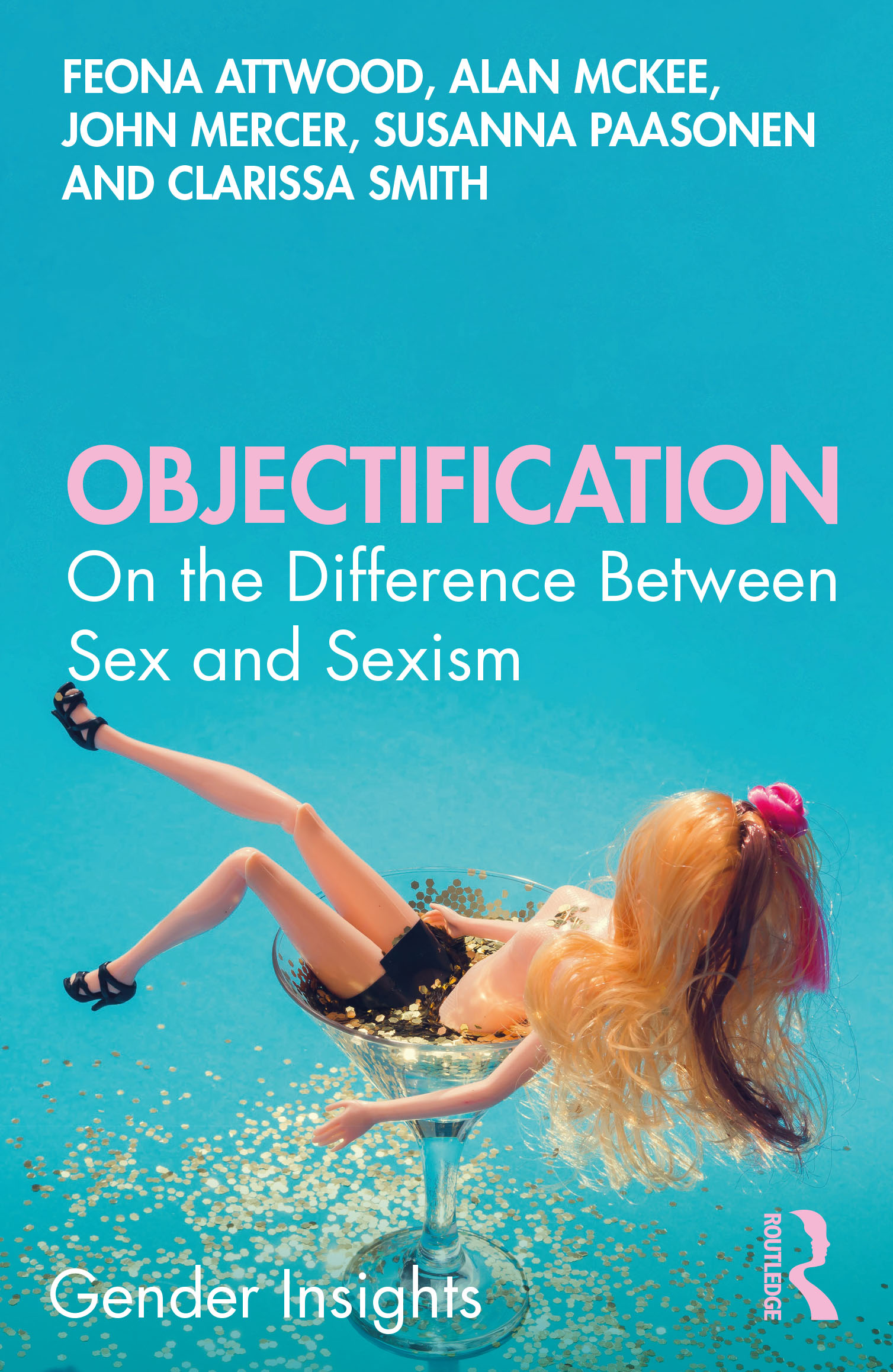 I’ve described my past few years as exceptionally crazy work-wise and it’s not just a figment of my melodramatic imagination. Many Splendored Things (2018) and NSFW (2019, with Kylie Jarrett and Ben Light) were both mainly written in 2017. We coined the prospectus for Who’s Laughing Now? Feminist Tactics in Social Media with Jenny Sundén in December 2017, wrote it in 2018-2019, and the book will be out this November. The proposal for Objectification: On the Difference Between Sex and Sexism with Feona Attwood, John Mercer, Alan McKee and Clarissa Smith was done two years ago and the actual thing is due out August. Last but not least, Dependent, Distracted, Bored: Affective Formations in Networked Media, for which I started collecting material back in 2012, has a due-date for March. One book already has a cover (with Barbie! and glitter!), am looking forward to the other designs materializing.

Out a year ago, Many Splendored Things is being read by game scholars, which is fantastic. Adding to the thrill, some of them like it. Recent reviews are out from Ashley Darrow for the Manchester Game Studies Network and from Miguel Sicart for a WiderScreen special issue on sex and play. I’m taking Sicart’s definition of this being “one of the most important books on play” as an objective fact.

In a surprising turn of events, I will get to interact with game studies galore during the coming academic year. In October, I’ll be keynote for the 13th Philosophy of Computer Games conference, “Aesthetics of Computer Games” in St. Petersburg and, next June, at DiGRA 2020, “Play is Everywhere”, in Tampere. Very exciting, and just a tad intimidating, given that I am no game studies scholar. But I’ll play!

sexual cultures programme is out!

Voilà, at https://blogit.utu.fi/sexualcultures/programme/, you can witness the excitement that the 3rd Sexual Cultures Conference: Play, May 28-29, is going to be. Should you miss out, urgent FOMO can be fought by hanging onto Twitter backchannels with #sexcult19, but that won’t be the same, really. So, see you in Turku!

Sooner than expected! Out in October, my Many Splendored Things: Thinking Sex and Play has already been reviewed, not once, but twice — apparently with more to follow. Voilà, Katherine Angel for Times Higher Education (behind paywall) and João Florêncio for Theory, Culture & Society. Always a thrill to be read.

Should you be in Amsterdam April 10-12, join us for the ASCA workshop Realities and Fantasies: Relations, Transformations, Discontinuities. A hugely rich 3-day program, including my keynote, “Thinking Sex, Thinking Play”. Fun times ahead!

Our article, “Littles: Affects and Aesthetics in Sexual Age-Play“, co-authored together with the fantastic Katrin Tiidenberg, is just out, on open access, with Sexuality & Culture. And here’s the abstract:

This article explores the experiences and practices of self-identifying female sexual age-players. Based on interviews and observation of the age players’ blogged content, the article suggests that, rather than being fixed in one single position, our study participants move between a range of roles varying across their different scenes. In examining accounts of sexual play, we argue that the notion of play characterizes not only their specific routines of sexual “scening” but also sexual routines, experimentations, and experiences more expansively. Further, we argue that a focus on play as exploration of corporeal possibilities allows for conceptualizing sexual preferences and practices, such as age-play, as irreducible to distinct categories of sexual identity. The notion of play makes it possible to consider sexuality in terms of transformations in affective intensities and attachments, without pigeonholing various preferences, or acts, within a taxonomy of sexual identities. In doing so, it offers an alternative to the still prevalent categorical conceptualizations of sexuality that stigmatize people’s lived experiences and diminish the explanatory power of scholarly and therapeutic narratives about human sexuality.